How to resolve Twitter is not displaying any images twitted from your blog or website? Check this. 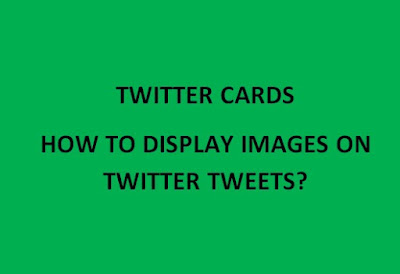 Trying to share a link from your blog or website to Twitter but images are not showing up on Twitter? This post would probably help you to resolve the issue. Follow the steps in detail given below to show images on Twitter. Is it important to show images in tweets? Well, yes. People are generally more interested in checking out tweets if there are appropriate images along with the text. "Picture speaks a thousand words" still is common around here.

Usually, when we share links from our blogs or websites to Twitter, we don't want just a bunch of texts, hash tags and the URL but we expect some image to show up on our posts. But I found out the images does not show up on Twitter. Since, you are here, I am sure you have found out and looking for ways to let image appear on Twitter. So, let's get on with it.

0 Response to "How to resolve Twitter is not displaying any images twitted from your blog or website? Check this."